FIFA 22 Ultimate Team will soon welcome the biggest event of the year when Team of the Season joins the game.

We've assembled our Bundesliga TOTS predictions, which has an absolutely staggering forward line.

SC Freiburg is on a great run this season, looking in a strong position to get European football next year.

Mark Flekken is currently on the joint-most clean sheets this campaign, as well as the joint-fourth saves made.

He may not be a big name, but he could be in for a big card!

Another Freiburg player, Nico Schlotterbeck is having a top season so far and looks very likely to be included in the TOTS in one way or another.

Fast and powerful, he has the sixth most duels won in the league and has also popped up with four goals.

Hoffenheim is another side looking to finish in a European spot for next season, and they have been helped out massively by the form of David Raum.

He has put in the most crosses this season, which has resulted in nine assists so far, as well as three goals.

Always consistent, Joshua Kimmich has played nearly every minute for Bayern Munich this season, apart from when he was out with coronavirus.

He started in strong form and is finishing the same, with nine assists and one of the best chances created per 90 minutes stats in the league.

Florian Wirtz is a man who is on the fringes of inclusion for the main Bundesliga TOTS side, perhaps let down by his consistency over the whole season.

In his first eight matches, he contributed with a staggering four goals and six assists, adding another three goals and four assists in the following 17 games.

The quick start has helped him have the third-most assists so far this season, but others are catching him.

Like a fine wine, Thomas Muller just seems to be getting better with age.

Well ahead of his rivals in the assists charts on 16 for the season, he has been a massive influence for Bayern Munich as they look to secure another Bundesliga title.

Possibly THE in-form player of the season, Christopher Nkunku has been unstoppable for RB Leipzig.

16 goals and 11 assists have seen him claim two Team of the Week and two Player of the Month special cards, with a Team of the Season nigh-on guaranteed.

Another man in sensational form this season has been Bayer Leverkusen winger Moussa Diaby.

12 goals and nine assists have seen him pick up three TOTW cards, and much like Nkunku, another boosted version will surely be on the way soon.

Joining his Leverkusen teammates on the list is consistent marksman Patrik Schick.

He has missed a couple of little chunks of the season through injury, but when fit he is always involved in the goals, with his longest dry spell being just two games.

He is the second top scorer in the league, with 20 goals, and one of three strikers on this shortlist to be averaging just over a goal per 90 minutes.

One of the hottest properties in world football, Erling Haaland is a goal-scoring machine.

Injury has hampered his season, but despite that, he has still managed 16 goals and 6 assists in 18 games.

He hasn't had a goal involvement in his last four league games, yet is still sitting joint third in the top scorers this season.

If Haaland is a machine, then Robert Lewandowski is a goal-scoring phenomenon.

Once again his numbers are insane, playing in a free-scoring Bayern Munich side, he has 31 goals and counting.

He has started every single league game this season and is showing no signs of slowing down anytime soon.

The great thing about the Team of the Season event is it is not limited to an XI, meaning we should get around 20 Bundesliga players released!

Other names you could see included are: 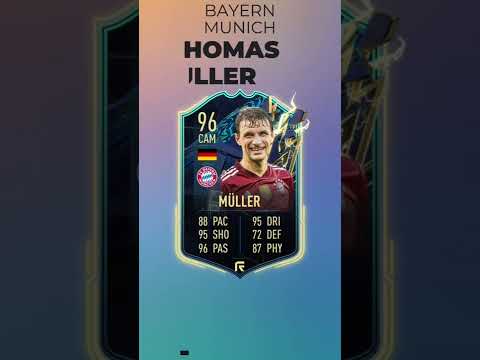